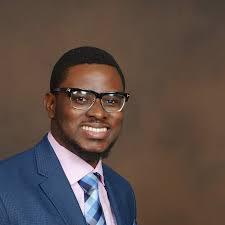 Interesting biography of Damilola Mike Bamiloye              There is no doubt about the  impact that the Bamiloye family has in Nigeria as a whole and even across the continent (Africa).        The fact that the  bamiloye family is still a strong source of encouragement to christians despite what Nigeria has become today is reason enough to call them heroes         Damilola Mike Bamiloye being the first born in the family and also a role model for his younger ones to follow has not left the goal of his family and is still upholding the goal and prestige of his family.        Presently, damilola has released and directed a lot of movies that has made great impact on the society. he owns a YouTube channel through which he uploads some of the films that mount Zion produces.         In this article, I will be showing you how damilola made it to where he is today.   SEE Sister of Damilola Mike Bamiloye  B iography of Damilola Mike Bamiloye
Post a Comment
Read more

Biography of Lawrence Oyor       Lawrence Oyor is a gospel singer in Nigeria known for his vibrant zeal and passion for God    He is a source of encouragement to other christians in Nigeria. The fact that he is a source of encouragement to a nation is enough for us to view him as a legend. FEW THINGS THAT YOU NEED TO KNOW ABOUT HIM                 Lawrence did his marriage last year together with film producer and spoken word artist " Darasimi mike bamiloye ".     Lawrence did his  marriage  on the 10th of October, 2020.        He got married to Darasimi Mike Bamiloye, daughter of Mike Bamiloye , owner of   Nigeria leading drama and film production ministry.         Lawrence Oyor was born as a twin into a family of four and the name of his twin brother is god's will Oyor.        His brother is popularly known as pastor God'swill Oyor. They both own a ministry known as Davidic minstrels, a revival ministry which was created for the purpos
Post a Comment
Read more
More posts