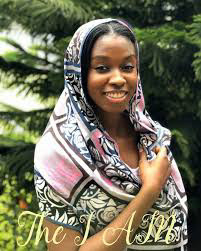 BIOGRAPHY OF DARASIMI MIKE BAMILOYE     Darasimi Mike Bamiloye is a script writer, script editor, spoken word artist, director and film producer.       Darasimi Mike bamiloye is the third child of Gloria Bamiloye and Mike Bamiloye - Cofounders of Mount zion drama ministry, her identity doubles as she is not only a daughter to Mike and Gloria bamiloye but also a daughter to Mount Zion Drama Ministry.        Out of the three children of her parents, she is the only girl and unexpectedly happened to also be the last born of the house.    Read also facts about Mike Bamiloye   RECENT NEWS ABOUT DARASIMI MIKE BAMILOYE       The following are some of the recent news about darasimi:     DARASIMI MARRIAGE WITH LAWRENCE OYOR Darasimi got married to Lawrence Oyor on the 10th of October, 2020.    The marriage stirred a lot of surprise and amazement as many people said they did not see this coming     Both of them that want to marry each other are both role models and gr
Post a Comment
Read more
More posts