Showing posts with the label Tonto Dikeh
Show all

Biography of Tonto Dikeh, Net Worth, and Family 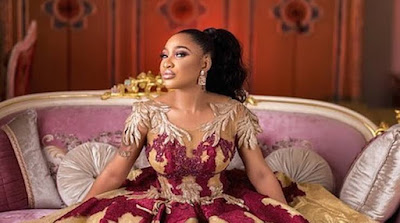 Background of Tonto Dikeh Tonto Charity Dikeh was born on the 9 th  of June 1985 to Mr Sunny Dikeh and Mrs Veronica Dikeh as the third of five children.. Tonto Dikeh age in 2020 is 35 years old.   She hails from Ikwerre descent in Obio akpor Local Government Area of Rivers State. She was born into a large family – she had seven siblings (five from her mother, and two from her stepmother), and was the third oldest out of them all.  Tonto lost her mum when she was 3years old, so her stepmother raised her and her siblings. Education She grew up in Port Harcourt and obtained a BSc in petrochemical engineering from the Rivers State University of Science and Technology. She got married to Oladunni Churchill in August 2015. The marriage produced a son; Andre Omodayo Churchill but the couple divorced in 2017. Career Tonto Charity Dikeh’s journey in the Nigerian entertainment industry started in 2006 after she took part in a reality Tv show –  The Next Movie Star  in 200
Post a Comment
Read more
More posts