Showing posts with the label Gloria Bamiloye
Show all 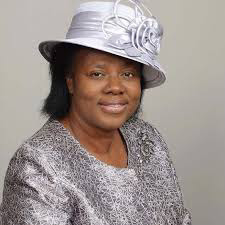 BIOGRAPHY OF GLORIA OLUSOLA BAMILOYE           Gloria Mike bamiloye was born on the 4th if February 1964. She is 57 years as at 2021.  Gloria was born in ilesa but grew up in ibadan and Lagos State.             Gloria Bamiloye is the vice president of Mount Zion drama ministries and she is a mother to daràimi, damilola and Joshua mike bamiloye and at the same time, a mother to all those who are in mount Zion.  Her full name is Gloria Olusola bamiloye     She is a woman that is always praised by her husband meaning her service in her home is a complete success.      According to mike bamiloye, he said Gloria is a woman that will sit down to train her children even to the extent of monitoring what they eat, how they eat and what they watch.      EARLY LIFE AND EDUCATION          Gloria Bamiloye was born into a Muslim family based in Ilesa, Osun state.  She gave her life to Christ when her elder brother  gave his life to Christ and  changed to be a Christian.
Post a Comment
Read more
More posts